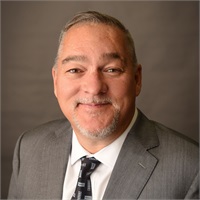 Eric Shore is the Founder of Shore Wealth Management, a wealth planning firm based in Danville, Illinois.  Eric has built the Shore Wealth Management team to help guide our clients and their families through each stage of life’s financial journey.  Eric specializes in building diversified portfolios, with an emphasis on controlling risk.

“My goal is to build the best portfolio with the least amount of risk, with all of my decisions being based on knowing exactly what my client is trying to accomplish.” – Eric Shore

With over 25 years of experience, Eric is a highly successful and respected advisor.  Cetera Advisor Networks, one of the country’s largest independent broker dealers has recognized Eric as one of the firm’s top advisors since his affiliation in 2008.  The Exemplar Financial Network Region has selected Eric for the Award of Excellence each of the last eleven years.  In 2012 Exemplar Financial Network presented Eric with the Bill Hubbard Memorial Award as the regions Financial Advisor of the Year and the Advisory Service of the Year Award in 2013. Since joining LPL Financial in 2018, Eric has been named to the Patriot’s Club recognizing him as part of the top 5% of Advisors among over 16,000 Financial Professionals affiliated with LPL across the nation.

Outside of the office, Eric is the President of Danville Country Club Board of Directors, a member of the Danville Rotary Club, and the Eastern Illinois Shrine Club.

Eric has been married to Lesley for 28 years. They have two children: Dean 27 and Tess 24. He enjoys golfing, traveling, and spending time with friends and family.